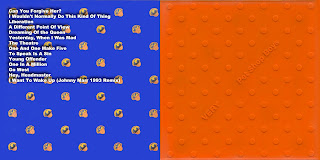 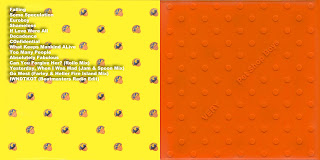 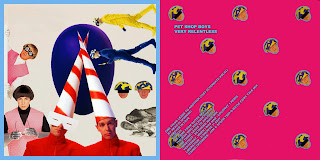 Before Very, I had dismissed PSB to a remnant of the 80s.  I had lumped them in with Johnny Hates Jazz and Wang Chung and Glass Tiger.  Dated, dull and beyond their lifetime.  So, of course, when you hear of a new album, you wonder first "What are they thinking?!" Followed quickly by a question of whether they are beating a dead horse or not.

Alternative music was now mainstream.  Grunge was playing on every radio.  Why did anyone think a couple of guys noodling on a synth would be of any interest?  As I've said in previous posts, I was growing very tired of the Grunge and Techno thing, and looking for new stuff to listen to.  We had a record store in town called Twisters that had developed this little program called "Buy It & Try It"  You buy the album and try it, and if you didn't like it, you could bring it back and exchange it for something else.  It was only on a few select albums, usually in their second or third week of release.  One day, I was in there and they had Very on the program.  So, I got the cassette to TRY IT.

It really is a great album, from beginning to end.  They seemed to reinvent themselves a bit, as the songs just weren't the same formula as the previous albums.  The dull, forlorn look and sound were gone, and there seems to be this life and energy that infects every track.  Every single is great, and even the album tracks are worthy of long term attention.

The singles are chock full of b-sides and remixes.  Some are good, some are not.  The mixes are done by the best mixers of the time, including one of my favorite mixing teams, the Beatmasters.

Several months after getting the cassette, I found this floppy vinyl-cased set of discs called Very Relentless.  Okay, some more material, b-sides, mixes whatever...  right?  No.  Relentless has the feel of a completely different album.  It's colder, more electronic, less moody.  My only thought is that they had so many tracks during their Very sessions that were good, and the ones on Relentless just didn't sound right on the main album, or didn't mix as well with them, or mixed better with the ones they chose for Relentless...  I don't know.  Maybe I should look it up on Wiki to see if there's ever been an explanation as to why.

When they remastered this set years ago with additional materiel, I was pissed that they left off a bunch of b-sides and all but one Relentless track.  What the hell?!  Yeah, they had a couple more unreleased tracks that I am eternally grateful for, but the set still left a little to be desired.  This set is the best one out there.

Great discs, wonderful set, and I haven't even really touched the remixes.  Maybe another disc later on?  I don't know, we'll see.