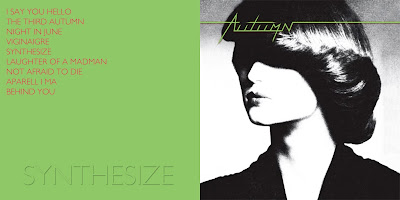 This is going to be the first entry in the "I try it, You try it" posts that I will start having more often (as my selection of personally great albums diminishes.)  As I am still constantly on the lookout for great music, new and old, I may stumble on something that I've never heard before, but think I might like, and you might like.  I'll post it, we'll listen to it, and then I want some solid feedback on what you think.  And, don't be shy, I can handle good constructive criticism.  I just can't handle ignorant flamers out to stir the pot.  But, solid opinion on music is a must for posts like this.....

I've recently been delving into Minimal Wave music.  Please inform yourself on the Wiki link I've provided if you don't know what the hell I'm talking about.  I think that there were (and in some cases still are) some great acts out there that had/have excellent potential, but were never discovered.  Whether they wanted to be discovered or not is an entirely different discussion.  Autumn happens to be one of those bands.

I discovered the cover of this album before I discovered the group.  I was searching for a New Wave album cover for one of my posts, and this album cover popped up in one of the searches.  I was instantly intrigued.  For one reason or another, it reminded me of a Roxy Music type album cover, or a pre-Duran2 cover, or something like that.  It definitely felt "New Wave".  I found the sight that the cover was on, did a little reading, and looked for their music on Youtube and the lot.  I instantly fell in love with the sound.  It is a cold, solitary sound that fit perfectly with the mood I was in when I found it, sitting alone after midnight in the dark with the glow of my monitor offering the only illumination.  Fantastic.

I researched the band and I find that there is an entire sub-culture of Minimal Wave bands, labels and groupies out there in the nethersphere of the Internet.  Bands that experimented greatly with the sound that New Wave offered, but pulled it back into the Gothic & Post Punk areas of music.  Imagine OMD as a dark, foreboding, isolated group, or Joy Division with nothing but electronic sound.  That is where this lies.  Autumn is a perfect example of the kind of work out there that I am thoroughly enjoying right now.

Autumn doesn't have many albums out there.  And most of it that you will find on Discogs is CDr at best.  This particular collection, Synthesize, was only ever released on vinyl (a luscious green tasty treat, I'd love to get a copy) and that was in 2011 and 2014, even though it was all recorded in the early 80s.  A superb set.

So, download, give it a listen, and give me your opinion.  I will be waiting with bated breath.....