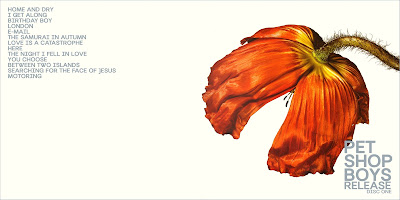 When this album came out, I was drowning in depression.  DROWNING.  9/11 had just happened, I had quit my job in the heat of passion, my son had just been born, and my wife and I were struggling together.  The depression was the worst.  It was my pre-medicated years, and I would try anything that I came across to self-medicate (use your imagination.)  I hadn't started seeing a shrink yet, and I would come home from work and have this strong urge to go into the kitchen, get out one of my large carving knives, and plunging it down into the suprasternal notch of my neck (look it up.)  I would get tunnel vision a lot and severe panic attacks.  I would curl up in a ball on my knees and scream.  This contributed to, and worked hand in hand with my quitting my job.  And, with 9/11 happening, I had this overwhelming feeling that the world was crashing around me, too.

For this reason, there are specific albums I can no longer listen to.  They remind me too much of that time lost to fear and anxiety.  They take me to a dark place.

But, musically, there was one shining spot of piece for me.  One album that I could listen to that helped calm me, and helped me recuperate.  Obviously, it was PSB's Release, otherwise I wouldn't be telling this story now.

Home and Dry and London, to this day, are two of my most favorite PSB songs.  Samurai In Autumn and You Choose stand out, as well.  It was a very mature and peaceful album that captured the Boys at their best, personally, since Very.  I remember it well, listening to it at home or in my car, and it being snowy, cold and overcast outside.  It would make those dark days more bearable, soothing and warming, even in the dark nights of winter.

Any doubt about my 2001 nightmare, remember these two posts - Here & Here

Anyhow, one of their best, always will be. Remix Discs to come later.... 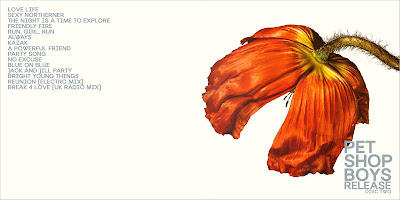