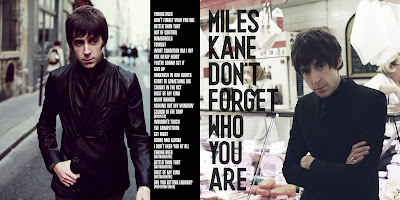 By the time this posts and you read it, I will be two days into my next week on the road.  I finally figured out how to schedule out the posts, that way they are available on the days I promised without being here.

Miles Kane is an anomaly to me.  Here is a young British gent with talent galore yet he's writing and singing pop songs that sound as if they were from the sixties.  It's mind blowing.  Every track sounds as if it was written more than 50 years ago, with it's upbeat, bubblegum sound, yet it still captures that flare of modern Brit Rock that I find so attractive.  He started out in 2007 with the Little Flames, then the Rascals, and then the Last Shadow Puppets with Alex Turner of the Arctic Monkeys.  His solo releases have been spectacular and well written.  They have that perfect 3-chord magic of the sixties and very simple melodies.  And it still sound fresh and relevant.  Really incredible material.

I have all the b-sides, some instrumentals, and even a song working with Professor Green (which is interesting unto itself.)  The cover is a better representation of his handsomeness, as the original cover makes him look sort of ugly.  He's a great guy, and someone to pay attention to in the future!!!!

Email ThisBlogThis!Share to TwitterShare to FacebookShare to Pinterest
Labels: 2013, Don't Forget Who You Are, Miles Kane