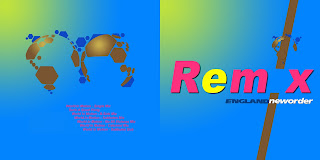 I should have known when this single came out that the New Order I knew and loved was gone.  I got this as a cassette single the summer that it came out.  A friend and I had driven back to Chicago after graduation and spent a week running around the city.  We went to Wax Trax Records on the north side of town, and this was the only item I could find that piqued my interest.  (Hell, you'd think Wax Trax would be a goldmine.  Trust me, it wasn't.)  At first listen, I was taken aback.  What was this?  Mind you, this was also pre-Electronic, but maybe not pre-Revenge.  I listened to it a couple times and got used to it, and even thought that I liked it for a long time.  But, as time went by I realized more and more that New Order's final good album/single had been released with Technique.  It's more evident now than ever.  Sad but true.

"Such A Good Thing" was added in 1999 to the re-release of the single.  Whether or not it was from the same time period or not, it became part of this single in 1999.  If you don't like it in this set, then move it where you want it.... 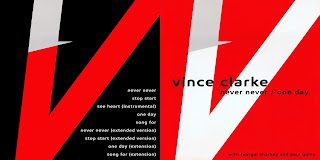 Do you like what I did, there, with the cover?  I was wondering what I was going to do for it, and thought it was ingenious when I flipped the cover over to the Assembly single.  Perfect.  I wonder if Vince had it designed like that on purpose?

I know that Vince did not do these on his own, but you have to know that both singles on this one single had to be his idea for the most part if not in whole.  I might be wrong.  But, if you have Vince's DM stuff, his Yaz stuff and his Erasure stuff, what do you do with his two random singles?  You do what I did here.

I like all of the songs here, as long as they are the short single versions.  Sharkey's vocals get very annoying on the long version, and the other long versions are simply repetitive more than anything.  But, Vince Clarke is Vince Clarke and you can't deny it's good.  I even threw in the extra unreleased instrumental from the same time period, just to flesh it out into a stronger EP.