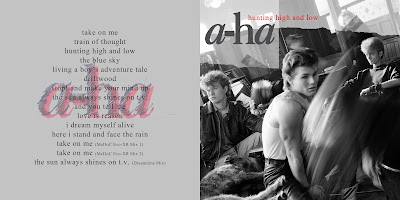 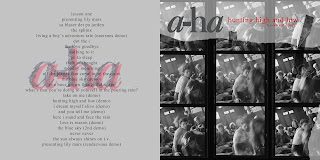 This was the collection that inspired me to do the "Already Been Deluxed" week to begin with.  One of my favorite albums, A-ha has released the BEST deluxe version of any album I've ever found.  You have album tracks, b-sides, remixes, unavailable tracks, demos and early versions.  All my favorite types of tracks.

No one can think of 80s music or consider 80s music without mentioning Take On Me.  It is quintessential 80s to the Nth degree.  The entire album is Synthpop perfection.  Even though Take On Me has been overplayed thousands of times, it is still fun to hear and sing along.  Train Of Thought is catchy and rhythmic, and The Sun Always Shines On TV is by far the best song on the album.  Fortunately, the beloved Dreamtime has remixed the crap out of it, making a mammoth 13 minute version.

I have posted the four disc set exactly as released, and added my new covers to them.  I will admit, though, that I did add material to disc one that wasn't previously on there, but the collection as a whole is so complete, I think it still qualifies for this week in particular.

As ALWAYS - I want to think our superb fan-mixers Dreamtime and McDoc for their great work, as they've made versions uniquely their own, without changing the sound and style of the original.  Wonderful job, guys!

Tomorrow starts "Nothing Extra Nothing More" week, with seven days of awesome albums that don't have any bonus material that I can add, but are definitely in my top album category, and worthy of being recognized even though they are not "Deluxed". 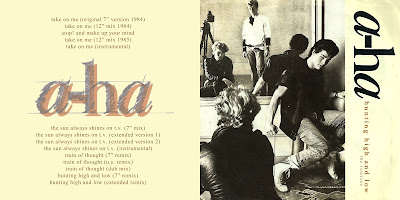 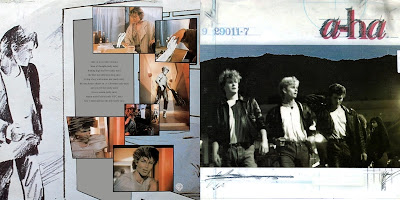